There's a better way to do it.

Basics of setting-up a home network with a normal residential uplink.

Many first-world homes now have the makings of a simple home-network, provided out-of-the-box by their Internet service provider. Others have gone out and gotten one of a myriad of consumer electronic devices themselves to expand from access to one desktop personal computer to not only multiple fixed and mobile computers, but also so-called “smart” devices: phones, tablets, video game consoles and televisions to name just some of the most common. While most residential users neither need nor want anything more than this simple configuration, this is could also be the start of much more. 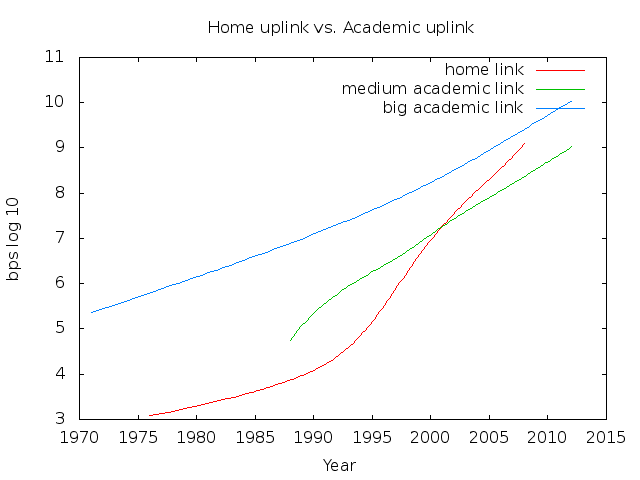 Until the third millennia, always-on Internet connections to residential premises were extremely rare, and the cost and availability of bandwidth prohibitive for even a moderate server set-up. Moreover, most houses were wired for just traditional telephone service with the standard means of networking being sneakernet. The limiting factor in residential connections had until that point been the same thing that made residential connections possible at all: the traditional telephone system. The dot-com bubble coïncided with an inflection-point in the growing bandwidth available to home connections. Internet service providers originally reacted to this by explicitly prohibiting connecting multiple computers at once in their terms of service. 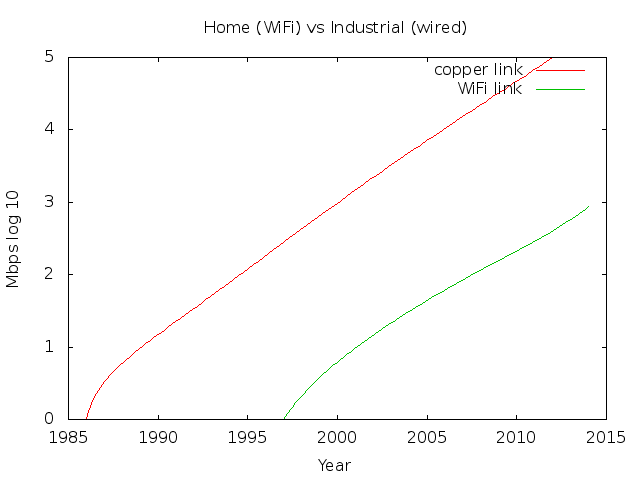 The increased bandwidth to homes would not be as helpful if it were not for the increased bandwidth available inside of the home. In the late 1990s devices designed for using residential power wiring to carry data signals as well as the standardization and commodization of WiFi brought reasonable bandwidth speeds into homes without the need to run dedicated cabling in existing structures. These days, many homes support multiple computers, laptops, tablets, and other devices utilizing WiFi at speeds allowing around 100Mbps.

As we've mentioned earlier, it's quite normal now for a home network to be the ISP connected into a combination router and WiFi access point. More technically-inclined households may have some form of network attached storage appliance providing for a centralized file server similar to what they might have in professional offices—sometimes these NAS appliances provide a proprietary back-up program as well. Unlike in an office situation, however, most other network resources a user uses—voice communication (phones), electronic mail, and public data sharing—tend to be hosted by various third parties outside of the user's network.

What you can do

A goal of Quite Normal is to show you what you can do at home. With the amount of bandwidth available both inside of and connecting to your house, in many ways there is little difference between what you can do at home compared to the infrastructure supporting large companies. In fact, the combination of software and cheap hardware available to home users in some cases is significantly more advanced than was available in corporate environments ten years ago; and in many cases the same software used in corporate environments today is available to home users.

What will be Normal

We would very much like to say that everything we describe in these pages will be the future norm, but that is an unlikely scenario in a foreseeable future. The truth is, most home users are used to other people managing their infrastructure for them and most companies find it more profitable to discourage users from becoming self-sufficient.